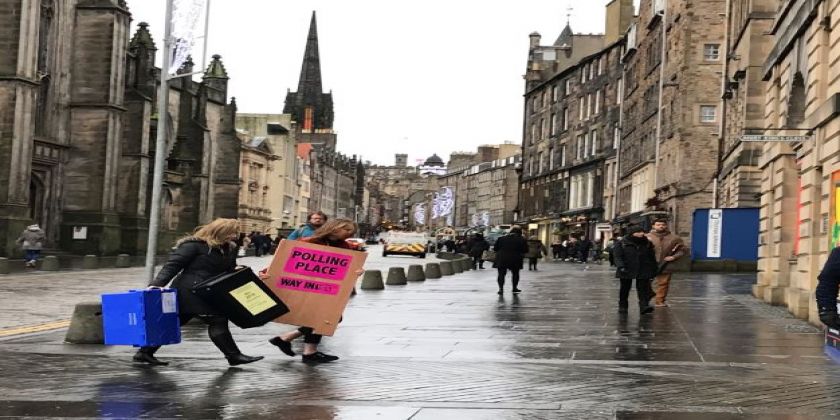 In the lead-up to the vote, elections staff will begin setting up for the day across the city’s 141 polling places.

Six hundred and twenty-nine people will help people to vote in Edinburgh as polling staff tomorrow, with 29 on the reserve list to cover any late call-offs. A further 600 will work at the Capital’s count on Thursday night.

The City of Edinburgh Council is preparing for all weather eventualities too, with the city’s roads team on standby to grit key routes leading to polling places if needed.

Andrew Kerr, Returning Officer for Edinburgh, said: “Preparing for an election is a huge undertaking involving hundreds of people across the city in the weeks leading up to the vote.

“Now the UK Parliamentary General Election is upon us our teams are putting the finishing touches to arrangements for the day. I hope as many people as possible are making their own plans to cast their vote too.”

Voting for the UK Parliamentary General Election is open between 7am and 10pm on Thursday, 12 December. Find out more about voting in Edinburgh on the Council website.

Number of people registered to vote in Edinburgh: 362, 956

Around 20,000 residents registered to vote between the notice of election on 8 November and the registration deadline of 26 November

Number of polling places in Edinburgh: 141

Number of polling stations in Edinburgh: 298