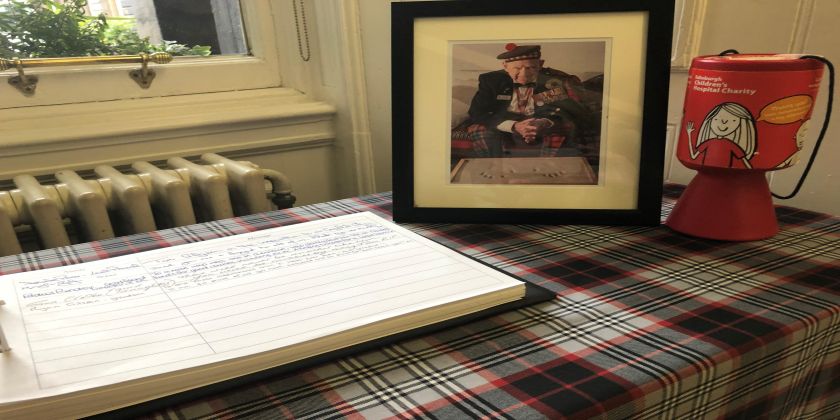 A Book of Condolence has opened at the City Chambers to remember Tom Gilzean MBE.

Joined by members of the Gilzean family, the Lord Provost of Edinburgh Frank Ross and Rachel Sivils from the Children’s Hospital Charity became the first to sign it. The book has been positioned in the main reception of the City of Edinburgh Council's City Chambers on the Royal Mile and members of the public are welcome to visit and leave a message.

Lord Provost Frank Ross said: “The flood of tributes for Tom from local people has been tremendous. There are lots of people who would love to see his memory live on in some way or another in the Capital and we always encourage people to come forward with proposals to be considered by the Council.

"To capture the touching memories and messages being shared by citizens, we'll be opening a Book of Condolence at the City Chambers and shaking a tin in Tom's memory. Everyone is welcome to sign it to pay their respects and, of course, to leave a donation for the Edinburgh Children's Hospital Charity."