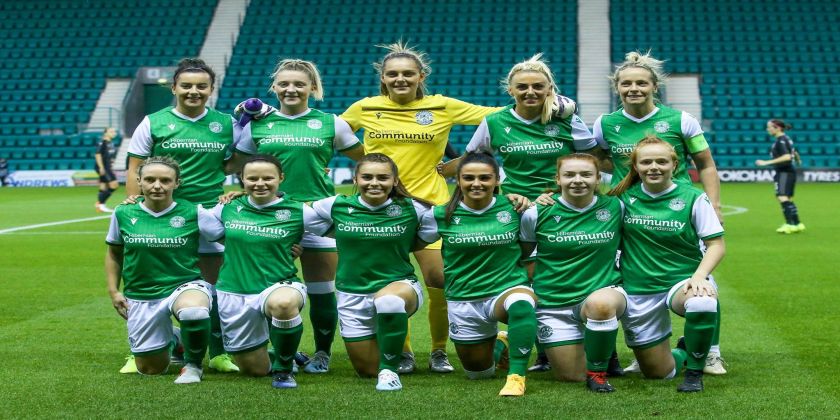 The Lord Provost of Edinburgh will mark the achievements of Hibs' female football players with a celebration in the City Chambers.

In recognition of the growing success of the women's team, which includes a hat-trick of Scottish Cups and four consecutive League Cups, a civic reception will be held to congratulate all players and members of the club.

The Hibernian side is a regular competitor in the Women's UEFA Champions League and many of its players have worked their way through the Football Club's Hibernian Girls' Academy to play for Scotland.

The Lord Provost of Edinburgh, Frank Ross, said: "Many of the players who formed the backbone of the Scotland team at the World Cup this summer have played for Hibernian and I want to give the team the recognition they deserve from their city.

"In Edinburgh, we have tremendous ambassadors for the game and this event is an opportunity to support the success of the Hibernian Women's Team. They are an inspiration to younger players and fans all over the city.

"Due to the team’s continuing success, the Foundation will continue to invest in girls and women’s football and I'm sure this will allow the players, supported by the wider Hibernian family, to consolidate their position and build upon the strong foundations of the last 21 years."

Charlie Bennett, Chief Executive of Hibernian Community Foundation, said: "We are honoured and delighted that the Lord Provost of the City of Edinburgh is recognising the achievements of the Hibernian Women’s Team in this way, particularly as this is our 21st year.

"Our list of achievements over this period has been fantastic and our record in cup competitions, which includes three consecutive Scottish Cup and four consecutive league cup wins, is remarkable and testament to the dedication and skill of the players, coaches, backroom staff and everyone associated with the Foundation over this period.

"We must also recognise the achievements of the team in promoting Edinburgh in our Champions League campaigns and also acting as such positive role models for girls and boys alike and helping to increase participation in football, and improving both physical and mental well being across the city."

The reception will take place on Wednesday 6 November in the City Chambers and will be attended by Ron Gordon, the Executive Director and Principal Shareholder of Hibernian Football Club; Iain Gray, Chairperson of Hibernian Community Foundation and MSP for East Lothian; Grant Scott, Team Manager and the majority of the Women's Team.